In today’s session we are going to look at the coming of Jesus as told in the Gospel of John.

John does not give an account of the events of the birth of Jesus rather he gives us his interpretation of these events.

was God. 2 He was with God in the beginning. 3 Through him all things were made; without him nothing was made that has been made. 4 In him was life, and that life was the light of all mankind. 5 The light shines in the darkness, and the darkness has not overcome it.

1. Does the fact that John does not include a birth narrative mean that this was not important to him?

2. Do we as Christians celebrate the events of Christmas or what those events mean? Are these two things inseparable?

In verse 1, John introduces us to the “Word.” In the following verses we explore who Jesus is. We do not trace his human ancestry but rather the fact that Jesus is God. That as the Word he has existed as part of the Trinity since the beginning.

4. Does John actually tell us specifically who he is speaking about with his use of the word “Word”?

14. The Word became flesh and made his dwelling among us. We have seen his glory, the glory of the one and only Son, who came from the Father, full of grace and truth.

1 In the past God spoke to our ancestors through the prophets at many times and in various ways, 2 but in these last days he has spoken to us by his Son, whom he appointed heir of all things, and through whom also he made the universe.

5. What do these verses tell us about why John choose to use the word “Word” in reference to Jesus?

6. What three truths does John tell us about the Word [Jesus] in verse 1?

7. Do you find these truths easy to understand and accept?

Perhaps Colossians 1:15-20 helps us in our understanding. 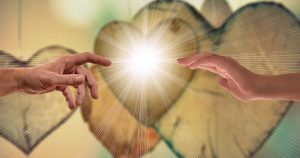 15 The Son is the image of the invisible God, the firstborn over all creation. 16 For in him all things were created: things in heaven and on earth, visible and invisible, whether thrones or powers or rulers or authorities; all things have been created through him and for him. 17 He is before all things, and in him all things hold together. 18 And he is the head of the body, the church; he is the beginning and the firstborn from among the dead, so that in everything he might have the supremacy. 19 For God was pleased to have all his fullness dwell in him, 20 and through him to reconcile to himself all things, whether things on earth or things in heaven, by making peace through his blood, shed on the cross.

Jesus himself spoke about his relationship and equality with God during his ministry on earth. The Jews responded by threatening violence against him and eventually plotting his death.

8. Do you find Jesus’ words on his place in the world helpful? If so how?

When we think of creation, we often do think of the words that God spoke as creation happened.

9. How does this statement about the Word, Jesus, being involved in creation help you understand and appreciate the creation account?

10. Does it change the way that you view creation in the world?

In verse four John introduces the theme which we find repeated throughout his Gospel that Jesus is life – “in him was life and that life was the light of all mankind.”

11. What kind of life do you think Jesus wants for you?

As we read through John’s Gospel we gradually learn what this is.

6 There was a man sent from God whose name was John. 7 He came as a 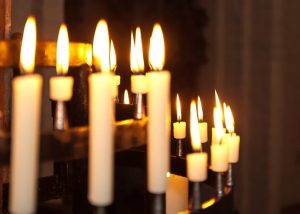 witness to testify concerning that light, so that through him all might believe. 8 He himself was not the light; he came only as a witness to the light.

9 The true light that gives light to everyone was coming into the world. 10 He was in the world, and though the world was made through him, the world did not recognize him. 11 He came to that which was his own, but his own did not receive him. 12 Yet to all who did receive him, to those who believed in his name, he gave the right to become children of God— 13 children born not of natural descent, nor of human decision or a husband’s will, but born of God.

14 The Word became flesh and made his dwelling among us. We have seen his glory, the glory of the one and only Son, who came from the Father, full of grace and truth.

15 (John testified concerning him. He cried out, saying, “This is the one I spoke about when I said, ‘He who comes after me has surpassed me because he was before me.’”) 16 Out of his fullness we have all received grace in place of grace already given. 17 For the law was given through Moses; grace and truth came through Jesus Christ. 18 No one has ever seen God, but the one and only Son, who is himself God and is in closest relationship with the Father, has made him known.

We can perhaps identify how important light is in a dark room or place. We cannot see and are in danger of tripping or bumping into things and doing ourselves physical damage.

13. Can the same be said of Jesus in a dark world?

14. How has Jesus brought light into your life?

15. In what ways do you feel that the light of Jesus has “overcome” darkness? In your life and in the world around you.

16. Do you find it easy to rely on Jesus’ promise that we too will overcome the darkness in our world?

17. As we read of John’s declaration about Jesus, does it encourage you to speak out more about the nature of God and the importance of beginning and continually developing a relationship with him?

18. Can you give personal examples of times when Jesus has poured light into your life and where you have been able to pour light into a situation by speaking of Jesus?