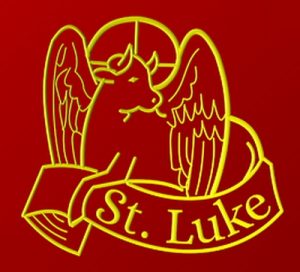 have been fulfilled among us, 2 just as they were handed down to us by those who from the first were eyewitnesses and servants of the word. 3 With this in mind, since I myself have carefully investigated everything from the beginning, I too decided to write an orderly account for you, most excellent Theophilus, 4 so that you may know the certainty of the things you have been taught.

The Gospel of Luke is characterised in its presentation of the works and teachings of Jesus that are especially important for understanding the way of salvation.

Its arrangement is orderly, and it appeals to both Jews and Gentiles. The writing is literary excellent, filled with historical detail and provides a warm, sensitive understanding of Jesus and those around him.

1.   How did Luke assure the accuracy of what he wrote? Why is this important?

The Birth of John the Baptist Foretold

5 In the time of Herod king of Judea there was a priest named Zechariah, who belonged to the priestly division of Abijah; his wife Elizabeth was also a descendant of Aaron. 6 Both of them were righteous in the sight of God, observing all the Lord’s commands and decrees blamelessly. 7 But they were childless because Elizabeth was not able to conceive, and they were both very old.

8 Once when Zechariah’s division was on duty and he was serving as priest before God, 9 he was chosen by lot, according to the custom of the priesthood, to go into the temple of the Lord and burn incense. 10 And when the time for the burning of incense came, all the assembled worshipers were praying outside.

11 Then an angel of the Lord appeared to him, standing at the right side of the altar of incense. 12 When Zechariah saw him, he was startled and was gripped with fear. 13 But the angel said to him: “Do not be afraid, Zechariah; your prayer has been heard. Your wife Elizabeth will bear you a son, and you are to call him John. 14 He will be a joy and delight to you, and many will rejoice because of his birth, 15 for he will be great in the sight of the Lord. He is never to take wine or other fermented drink, and he will be filled with the Holy Spirit even before he is born. 16 He will bring back many of the people of Israel to the Lord their God. 17 And he will go on before the Lord, in the spirit and power of Elijah, to turn the hearts of the parents to their children and the disobedient to the wisdom of the righteous—to make ready a people prepared for the Lord.”

18 Zechariah asked the angel, “How can I be sure of this? I am an old man and my wife is well along in years.”

19 The angel said to him, “I am Gabriel. I stand in the presence of God, and I have been sent to speak to you and to tell you this good news. 20 And now you will be silent and not able to speak until the day this happens, because you did not believe my words, which will come true at their appointed time.”

21 Meanwhile, the people were waiting for Zechariah and wondering why he stayed so long in the temple. 22 When he came out, he could not speak to them. They realized he had seen a vision in the temple, for he kept making signs to them but remained unable to speak.

23 When his time of service was completed, he returned home. 24 After this his wife Elizabeth became pregnant and for five months remained in seclusion. 25 “The Lord has done this for me,” she said. “In these days he has shown his favor and taken away my disgrace among the people.”

2. Would you consider Zacharias and Elizabeth faithful servants of God?

3. Do you think it was ‘by chance’ or by ‘God’s providence’ that Zacharias found himself offering sacrifice in the temple?

4. Do you think God still works within the different circumstances we find ourselves in today?

5. The angels first words to Zacharias are “do not be afraid”. Would you be afraid if an angel appeared to you? Have you seen an angel?

Zechariah was rendered unable to speak until the prophecy’s fulfillment.

6. Why do you think this was? Would you find it hard to believe a message brought to you by an angel?

7. Do you find it hard to believe the promises in the word of God?

8. Can we learn from Zechariah and Elizabeth how to handle long-term disappointments?

Perhaps for later reflection – Do you have a long-term frustration in your life which needs to be entrusted to God?

The Birth of Jesus Foretold

26 In the sixth month of Elizabeth’s pregnancy, God sent the angel 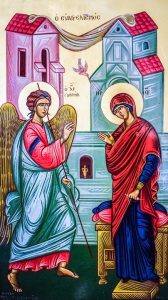 Gabriel to Nazareth, a town in Galilee, 27 to a virgin pledged to be married to a man named Joseph, a descendant of David. The virgin’s name was Mary. 28 The angel went to her and said, “Greetings, you who are highly favored! The Lord is with you.”

29 Mary was greatly troubled at his words and wondered what kind of greeting this might be. 30 But the angel said to her, “Do not be afraid, Mary; you have found favor with God. 31 You will conceive and give birth to a son, and you are to call him Jesus. 32 He will be great and will be called the Son of the Most High. The Lord God will give him the throne of his father David, 33 and he will reign over Jacob’s descendants forever; his kingdom will never end.”

35 The angel answered, “The Holy Spirit will come on you, and the power of the Most High will overshadow you. So the holy one to be born will be called the Son of God. 36 Even Elizabeth your relative is going to have a child in her old age, and she who was said to be unable to conceive is in her sixth month. 37 For no word from God will ever fail.”

38 “I am the Lord’s servant,” Mary answered. “May your word to me be fulfilled.” Then the angel left her.

9. Did Mary find it hard to believe the words of the angel?

10. How did Mary’s response to the angel differ from Zechariah’s? What do Mary’s responses to Gabriel tell us about the kind of people through whom God works?

11. What can we do to maintain a servant’s attitude in our day-to-day living?

12. In what ways can we develop the kind of humble spirit that Mary had?

39 At that time Mary got ready and hurried to a town in the hill country of Judea, 40 where she entered Zechariah’s home and 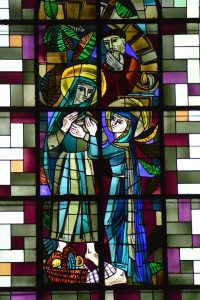 greeted Elizabeth. 41 When Elizabeth heard Mary’s greeting, the baby leaped in her womb, and Elizabeth was filled with the Holy Spirit. 42 In a loud voice she exclaimed: “Blessed are you among women, and blessed is the child you will bear! 43 But why am I so favored, that the mother of my Lord should come to me? 44 As soon as the sound of your greeting reached my ears, the baby in my womb leaped for joy. 45 Blessed is she who has believed that the Lord would fulfill his promises to her!”

13. Why do you think Mary hasten to go and see Elizabeth after the angel left?

14. What two remarkable things happened when Mary called her greeting to Elizabeth?

15. Are there any practical steps we can take to help us to believe the promises of God?

16. In verse 45, what spiritual principle did Elizabeth express?  (We can be helped in interpreting this by reading Habakkuk 2:3, and Hebrews 11:1 Habakkuk 2:3 – At the time I have decided, my words will come true. You can trust what I say about the future.  It may take a long time, but keep on waiting—it will happen! Hebrews11:1 – Now faith is being sure of what we hope for and certain of what we do not see).

Although God worked in a miraculous way to provide a son for Elizabeth, she proclaimed the superiority of the One Mary was carrying. In response Mary burst out in a song of praise.

“My soul glorifies the Lord

47     and my spirit rejoices in God my Savior,
48 for he has been mindful
of the humble state of his servant.
From now on all generations will call me blessed,
49     for the Mighty One has done great things for me—
holy is his name.
50 His mercy extends to those who fear him,
from generation to generation.
51 He has performed mighty deeds with his arm;
he has scattered those who are proud in their inmost thoughts.
52 He has brought down rulers from their thrones
but has lifted up the humble.
53 He has filled the hungry with good things
but has sent the rich away empty.
54 He has helped his servant Israel,
remembering to be merciful
55 to Abraham and his descendants forever,
just as he promised our ancestors.”

56 Mary stayed with Elizabeth for about three months and then returned home.

17. What reason does Mary give for her joy?

19. In verses 49-50, Mary rejoiced in God’s attributes. What specific attributes of God does Mary draw attention toin these two verses?

20. How does reflecting on God’s attributes affect the way you worship?

Mary glorified God for three specific attributes—His power, holiness, and mercy. She also reflected on the “great things”God had done for her.

In her song, Mary moved from praising God for who He is and His blessing to describing the significance of His redemptive act for believing Israel. Following the prophets’ manner of speaking and writing, she sang of future events with certainty as though they already had occurred. Mary described God’s remarkable activity in bringing the Messiah to fulfill God’s kingdom.

21. What works of God does Mary mention in these verses?

22 What contrasts or role reversals does Mary make in this passage?

23. How do these reflect her feelings aboutGod? About herself?

Mary emphasized the great reversals that would occur as a result of God’s gift of the Messiah. Through His Messiah, God would bring down the powerful and exalt the dispossessed. Mary was herself an example of God’s lifting up a person of humble circumstances and is perhaps symbolic of what God would do for all people who respond to His gift of grace. In the final verses, Mary recalled God’s mercy to Israel and to herself. God helped His servant Israel, but not only in the past. Mary’s words applied to God’s creative act in causing her to conceive and to bear the Messiah. In sending Jesus to be born to Mary, God showed His mercy and love to His children, in keeping with promises He had made centuries earlier to Abraham and his descendants.

24. How was Jesus’ birth related to God’s promise to Abraham?

25. Why would Mary consider this worthy of praise?

Mary stated that God was mindful of His mercy—literally, the Lord “called to mind” or “called to remembrance” His mercy. Mary may have meant that because God remembered His mercy, He was in the process of providing the Messiah. Despite what some may have believed, God had not forgotten His promise.

26. How has God caused you to wait upon Him?

27. What lessons have you learned in those times of waiting?

28. How can you find joy in the reliability of God—despite your circumstances?

29. How can you rely upon Him in the face of delay, defeat, or even death?