Minister’s letter for July and August 2019

“Reducing the causes of climate change is essential to the life of faith. It is a way to love our neighbour 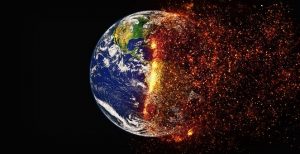 and to steward the gift of creation.”  (Archbishop Justice  Welby)

Never doubt that a small group of thoughtful committed citizens can change the world. Indeed it is the only thing that ever has. (Margaret Mead, Anthropologist)

Faith communities are places where those small groups of thoughtful and committed citizens are found. We are not perfect. We are not uniform. But we are communities of hope whose values lead us to work for change …to bring about a more sustainable world. (Steven Croft, Bishop of Oxford)

In a report published in September 2018, the world’s leading climate scientists made their starkest warning so far: our current actions are not enough for us to meet our target of 1.5C of warming. We need to do more.

It’s settled science that climate change is real, and we’re starting to see some of the ways that it affects us. It increases the likelihood of flooding in Mozambique and Miami and elsewhere, threatens the millions of people living along the Brahmaputra River in north-eastern India and disrupts the reproductive  life of plants and animals.

So we don’t need to ask whether climate change is happening – or whether humans are causing it. Instead, we need to ask: “what can we do?”

Here are some  suggestions:

Whether  we are fisherfolk in the Maldives, farmers in Zambia, residents of  Wainfleet in Lincolnshire, or citizens in  St Albans, climate change will have an impact on all of our lives. But the opposite is also true: our actions will influence the planet for the coming decades – for better or for worse. 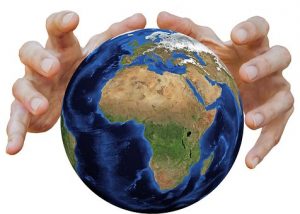 Information taken from an  article by Diego Arguedas Ortiz  (a science and climate change reporter for BBC Future. )

‘In the beginning you laid the foundations of the earth, and the heavens are the works of your hands.’ Thank you for the gift of your creation. As we travel through our lives may we take time to appreciate it, from each sunrise to sunset; to celebrate the intricacies of your handiwork, admire the changing of the seasons, recognising that this is a gift. And may we care deeply that as our climate is changing, future generations may not have this luxury of enjoyment, that people around the world now are already suffering from climate change. May our actions reflect a love for your world and justice for those affected. Give us a prophetic imagination for a world free from poverty and injustice.  Amen